SEOUL, Dec. 10 (Yonhap) -- Nonghyup Financial Group Inc. said Sunday it has agreed with Cambodia's Ministry of Posts and Telecommunications to seek ways to make inroads into the Southeast Asian country.

The agreement was reached between Kim Yong-hwan, chairman and CEO of Nonghyup Financial Group Inc., and Tram Iv Tek, minister of posts and telecommunications, at a bilateral meeting in Phnom Penh on Friday (local time).

Focus will be put on extending loans in the agricultural sector in conjunction with the nationwide network of Cambodia's post offices.

The major South Korean financial holding firm has been making efforts to advance into China and Southeast Asian economies, including Indonesia, Vietnam and Myanmar. It is seeking to push up the portion of its overseas business to around 10 percent in 2022 from the current 3 percent.

Nonghyup is an agricultural cooperative whose key stakeholders include farms and other agricultural businesses. In addition to its flagship banking unit Nonghyup Bank, the group has securities and asset managing firms under its wing. 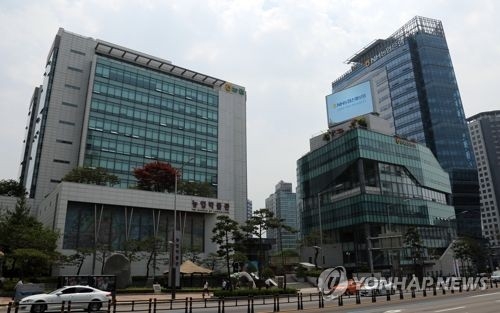