In an event held earlier in the day with the PyeongChang Winter Olympics organizing committee and Lotte Group, which built and operates the Lotte World Tower, Lee Hee-beom, the head of the committee, and Lotte Group Chairman Shin Dong-bin lit up the LED Olympic torch at the top of the tower in Jamsil, eastern Seoul, the committee said.

The event is aimed at promoting the Winter Games, and boosting sales at the department store and duty-free shop operated by Lotte in Jamsil, the company said.

The PyeongChang Winter Olympics opens Feb. 9 and runs through Feb. 25, with the PyeongChang Paralympic Games scheduled for March 9-18. 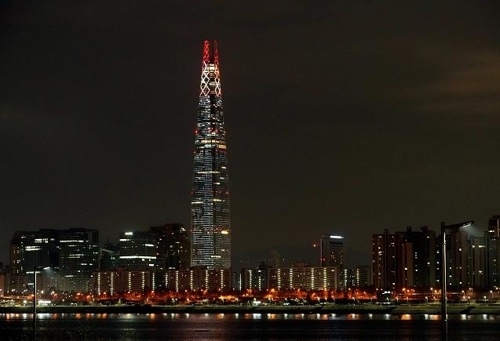