SEOUL, Dec. 10 (Yonhap) -- South Korea's economy is expected to expand 3.1 percent this year on the back of solid worldwide growth, a local think tank said Sunday.

The leading private think tank said it has marked up growth forecasts for 2018 by 0.3 percentage point to 2.8 percent.

"Growth is being fueled by a general economic recovery taking place all over the world," HRI said. It said expectations of improved ties between South Korea and China that had soured in recent months following Seoul's decision to station an advanced U.S. missile defense shield have been reflected in the improved growth numbers for Asia's fourth-largest economy.

It said another factor for higher growth can be found in private consumption that is forecast to rise 2.3 percent this year and 2.5 percent in 2018. The think tank said the government's policy to energize the job market has been factored into its growth estimates.

On the negative side, the rise in household debt that topped the 1,400 trillion-won (US$1.27 trillion) mark could weigh down growth. HRI said a cooling off of the real estate market, along with less money expected to go into construction and facility investment, could also moderate growth.

The government has slashed social overhead capital investment to better concentrate on welfare and job creation.

The research institute said that while exports will remain a key growth engine, due to the higher base effect, growth will be curbed in 2018 vis-a-vis this year.

It predicted outbound shipment growth will reach 6.2 percent in the new year, down sharply from 15.7 percent estimated for 2017.

HRI advised policymaker to come up with measures that can better control household debt and offset reduction in private spending.

It added that the government needs to have contingency plans in place to fuel corporate sector investment in the event that the income-based growth drive advocated by the current administration fails to meet expectations. 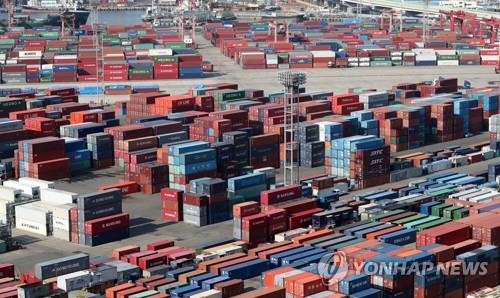