SEOUL, Dec. 10 (Yonhap) -- South Korea has announced an additional 20 North Korean firms and 12 individuals on its blacklist as part of its latest unilateral sanctions aimed at squeezing the flow of money to Pyongyang's nuclear and missile development programs, a senior official said Sunday.

The new sanctions, which will go into effect Monday, come as the international community puts greater pressure on the reclusive regime that has threatened the world with weapons of mass destruction. Seoul previously put 18 North Korean individuals on its blacklist in November.

"It is expected that the updated sanctions will block the inflow of illegal financial funding into North Korea and raise the risk of trading with such organizations and individuals," the official at Seoul's foreign ministry said.

The move comes after the North conducted its sixth and most powerful nuclear test on Sept. 3 while firing its most advanced ICBM, which it claims is capable of striking the whole of the U.S. mainland, on Nov. 29.

The announcement is line with the United Nations Security Council's Resolution 2375, which focused mostly on curbing the North's imports of oil products.

The government said its latest unilateral sanctions will once again remind the world of carrying out transactions with the blacklisted individuals and firms. 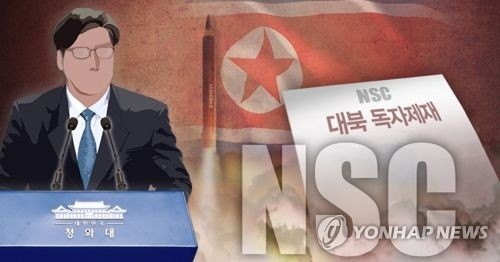