A total of goods worth US$12.7 billion were shipped overseas from Dec. 1-10, according to the data from the Korea Customs Service.

Exports to China and Vietnam each rose 10.5 percent, while those to the United States, the European Union and Japan declined 6.6 percent, 28.1 percent and 4.1 percent, respectively.

The country's exports rose 9.6 percent in November from a year earlier to mark the 13th consecutive monthly gain, fueled by strong demand for memory chips and machinery. 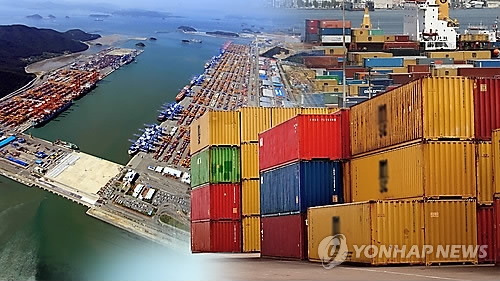