The Supreme Court ruled in favor of the DSME on Thursday in the suit filed by the shipbuilder against the Fair Trade Commission in 2013, upholding a ruling by the Seoul Appellate Court which nullified the fine, according to the officials.

The FTC fined the shipbuilder 26.7 billion won (US$24.4 million), saying 89 subcontractors were not paid 43.6 billion won between 2008 and 2009 by the DSME, which the corporate watchdog accused of calculating the prices of the products of the subcontractors unfairly.

In the ruling, the highest court upheld the decision made by the Seoul High Court in February last year that the DSME has paid properly as it set the prices in close consultations with the subcontractors.

The ruling paved the way for the shipbuilder to get back about 30 billion won in fines and interest.

"We are pleased that the Supreme Court has recognized our efforts to improve competitiveness through enhanced productivity amid the suffering of the shipbuilding industry," a DSME official said. 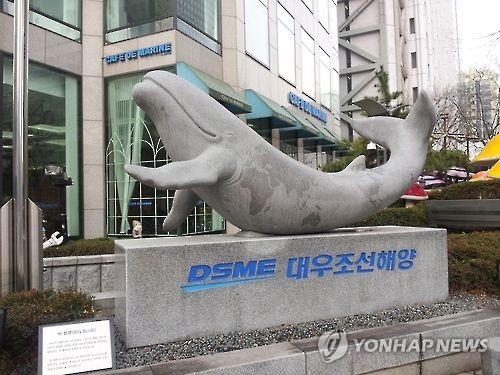