FIFPro Korea is now a candidate member of FIFPro, the only players' association recognized by FIFA representing more than 65,000 players worldwide. Along with FIFPro Korea, player unions from Bosnia and Herzegovina, Kenya and Mexico acquired candidate membership during FIFPro's annual congress in Cairo, Egypt, last week.

FIFPro Korea said as a candidate member, it will have a vote in FIFPro's executive board meetings. It added it will strive to protect basic rights of South Korea professional players and also contribute to the sport's development in the nation.

FIFPro Korea was set up in June this year and became an incorporated association three months later, following the approval from the Ministry of Culture, Sports and Tourism. 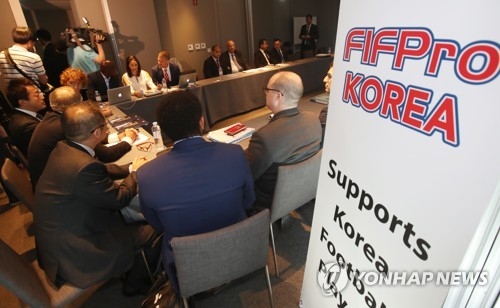