SEOUL, Dec. 11 (Yonhap) -- The government is set to pay more than 16 trillion won (US$14.6 billion) in compensation for the land to be expropriated for the construction of public housing, industrial complexes and other infrastructure next year, industry data showed Monday.

The amount will be the biggest since 2012, when more than 17 trillion won was paid, according to the figures provided by Gzone, a real estate development information agency.

The Moon Jae-in administration said last month it will build up to 1 million homes for young people, newlyweds, the elderly and the underprivileged by 2022, when Moon's single five-year term ends.

More than 60 percent of the 1 million rental properties will be provided in Seoul and the surrounding areas.

Government officials said the country's public houses could reach 2 million by 2022, accounting for 9 percent of the country's total houses.

By region, more than 8.8 trillion won will be paid to 36 development projects in Seoul and the adjacent Gyeonggi Province.

Experts predict the huge compensation money will boost real estate prices near the places where development projects are being undertaken.

"The compensation money will likely be brought back to the real estate market as there seems to be no alternative investment destinations for the floating money," Shin Tae-soo of Gzone said. 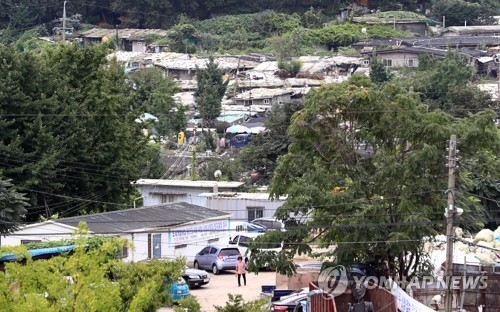 Gov't set to pay 16 tln won in compensation for land expropriation in 2018: report

Gov't set to pay 16 tln won in compensation for land expropriation in 2018: report