SEOUL, Dec. 11 (Yonhap) -- Prosecutors sought an arrest warrant for former Finance Minister Choi Kyung-hwan on Monday over the allegations that he took bribes from the spy agency during the preceding Park Geun-hye administration.

Choi, currently a lawmaker of the main opposition Liberty Korea Party, is suspected of having pocketed 100 million won (US$92,000) from the National Intelligence Service in 2014.

Investigators believe the money was paid to lobby him for retaining the spy agency's off-book funds when then-opposition parties pushed to scale them down on the basis of their untraceable nature.

Choi was questioned last week for the allegations. He has dismissed them as "false accusations." 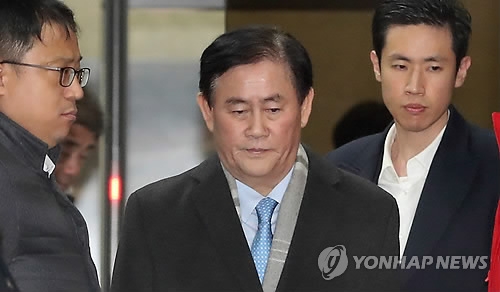