Sulbing has signed a deal with Beonyeong Company Inc. to open branches in the Southeast Asian country, the Korean firm said.

Its plan is to first launch 10 stores at the Philippines' capital city of Manila and the nearby regions. The first branch is planned to open early next year, according to the company.

"Southeast Asia is an attractive market for franchise operators due to its rising spending power on the back of economic growth, and the large youth population," a company official said. 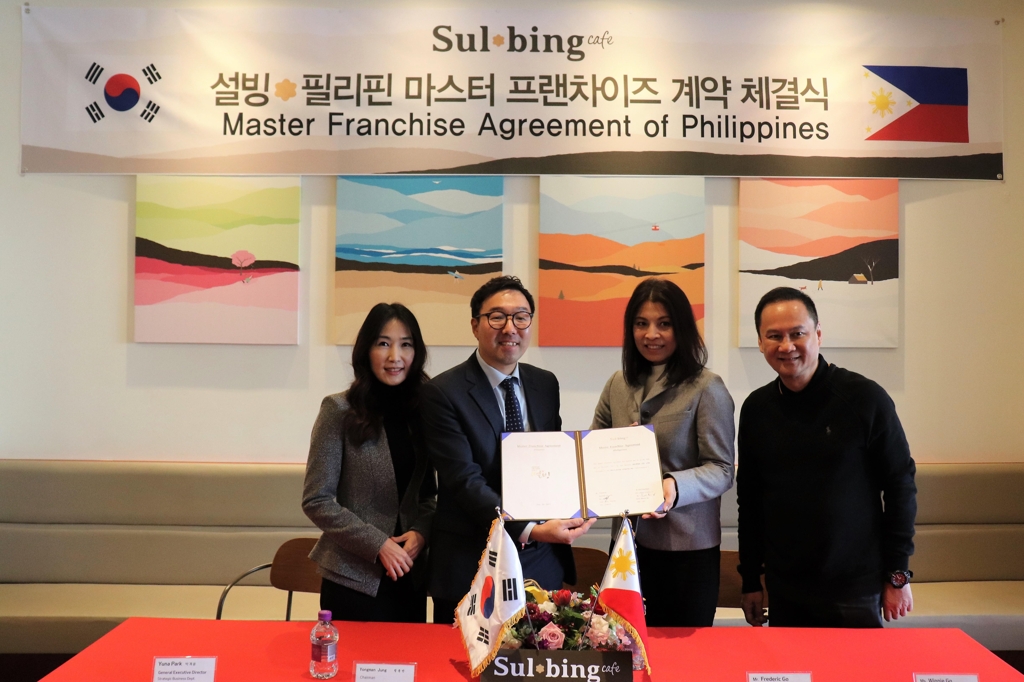