Twenty-six Korean women were confirmed to have worked as sexual slaves on the South Pacific island of Chuuk, also known as Truk, the city government said. It is the first time that the information has been officially confirmed, officials said.

The city government worked with professor Chung Chin-sung of Seoul National University's Human Rights Center to scrutinize data at the U.S. National Archives and Records Administration, such as combat logs of the U.S. military, the passenger manifest of the Japanese escort ship Ikino and newspaper reports.

The island, one of the four states of the Federated States of Micronesia, served as a major port of the Japanese military during World War II. A number of Koreans were also taken there to work as forced laborers to build ports and other facilities for Japanese troops on the island. 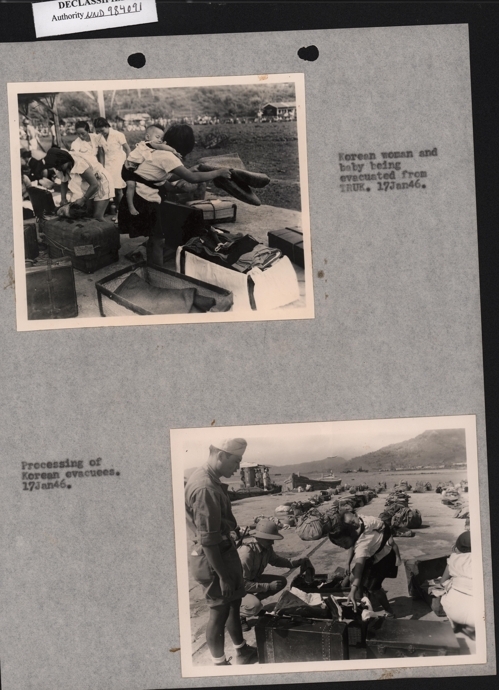 Some of the Koreans returned to Japan aboard the escort ship Ikino, and they included 26 sexual slavery victims, also known as "comfort women," and three children, officials said. A New York Times report on March 2, 1946, also said that 27 comfort women were sent back to Japan.

The research team said that the newspaper appears to have put the number of comfort women at 27 because one of the three children was mistaken for a comfort woman.

A total of 249 Koreans were among the 368 passengers of the Ikino. Of the Korean passengers, 26 were women and three were children, according to the ship's passenger manifest. 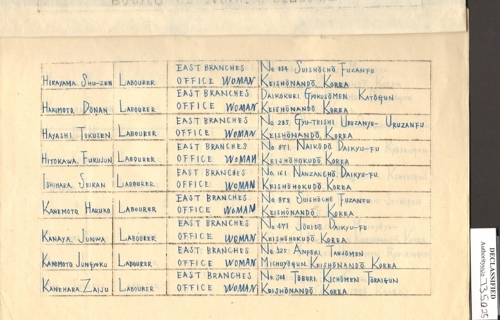 "We were able to confirm they were comfort women by comparing other documents," an official said.

Officials have confirmed through documents kept at local governments not only in Seoul, but also the southeastern cities of Andong and Daegu, that one of the names on the passenger list, Hatokawa Fukujun, was Lee's Japanese name.

One of her closest friends and her son also recognized her in a photo of comfort women on the island, officials said.

Researchers said that Lee is believed to have been taken to the island in 1943 and left it on Jan. 17, 1946, aboard the Ikino. She arrived at the port of Uraga, south of Tokyo, and then returned to Korea from the port of Hakata in Fukuoka.
(END)