(ATTN: RECASTS throughout with LG reaction)

SEOUL, Dec. 11 (Yonhap) -- LG Electronics Inc. has filed a patent related to iris-scanner technology to the U.N. agency dealing with intellectual property issues, a report said, an indication that the South Korean smartphone maker may adopt an iris scanner for its next flagship smartphone.

The Netherlands-based LetsGoDigital said in a report that LG Electronics took the step with the World Intellectual Property Organization.

The move suggested that LG Electronics may adopt iris-scanner technology for its upcoming flagship, presumably the LG G7.

Global tech giants have been seeking to feature iris scanners in their mobile devices as the scanners are considered to provide tougher security than fingerprints.

LG Electronics has been carrying out various efforts to tap deeper into biometric security technologies, a source familiar with the issue said.

Still, an LG Electronics' office in Seoul said the company does not have an official statement on the rumor, saying it cannot provide details on the smartphones to be released next year.

Although the device was short-lived due to battery problems, Samsung has since incorporated iris-scanner technology into its other flagship smartphones. 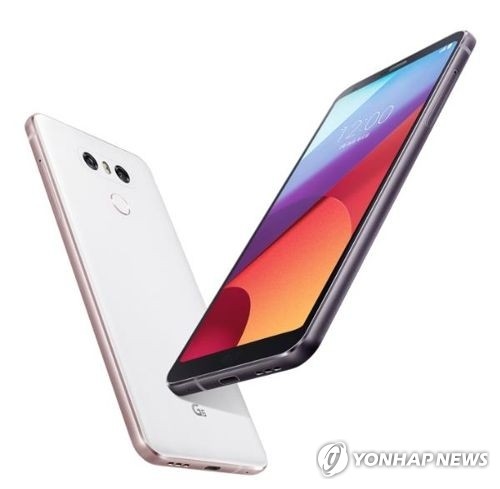