YANGPYEONG, Gyeonggi Province, Dec. 12 (Yonhap) -- Located just east of the South Korean capital of Seoul, Yangpyeong County is a perfect destination for people seeking to relax away from the hustle and bustle of urban life.

The county is famous as the place where the two tributaries of the Han River, which cuts through Seoul and flows into the West Sea, converge at a village called Yangsuri (meaning the village of two waters), creating a postcard-perfect tourist attraction.

It is also dotted with a variety of theme parks, offering tourists with rare opportunities to visit the setting for a popular novel, taste diverse dried wild vegetables, and see a wonderful botanical garden.

One of them is the "Shower Village" in Suneungni, in which one of South Korea's most popular short stories, "The Shower" by the acclaimed author Hwang Sun-won (1915-2000), is set. 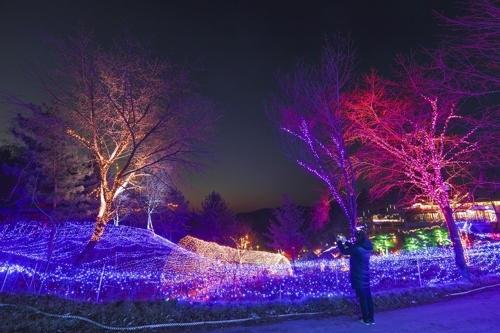 Written in 1953, the short story is about the tragic love between a boy of about ten years living in a countryside village and a girl who has just returned to the village from Seoul as her well-known family falls on hard times. Upon seeing her, the boy falls in love with the girl and the two have wonderful days.

One day, they go on an excursion together to a nearby hill, spending time picking flowers and shrubs. On the way back home, the boy and girl are caught in a sudden, heavy downpour. Unable to find a proper shelter, they get soaked with rain.

In the following days, the girl can't be seen anywhere and the boy looks for her at school to no avail. Several days later, the boy overhears his father saying the girl died after a long battle with a bad disease.

The theme village presents several reproduced scenes from the novel: a trail piled with bundles of dried sorghum; a wreath of wild chrysanthemum that the boy picked for the girl and a lookout hut on stilts where one can take shelter from a rain shower. 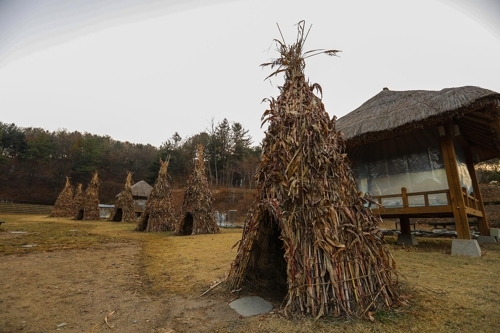 Yangpyeong is also noted for its diverse vegetables and wild greens called "sannamul" in Korean. Visitors can enjoy fresh food made of them at the sannamul park in Mokwangno, Yangseon Village, which opened in 2014.

Thirteen types of rare wild greens -- including groundsel, thistle and alpine leek -- are planted on the 150,000-square-meter park. Depending on the season, visitors can watch or collect different wild greens.

In the forest where wild greens grow, there are several paths lined with pine, birch, oak, maple and other trees, enabling tourists to take a walk amid fresh mountain air.

The park also offers visitors with a range of hands-on programs, including the making of wildflower pots, eco-friendly soaps and family nameplates. During winter, the park is adorned with colorful LED lights for a starlight festival. 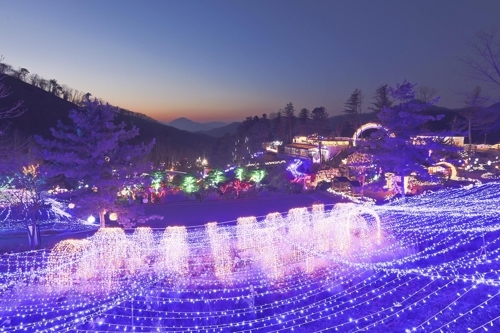 In the park, there is a restaurant where visitors can enjoy rice mixed with four types of wild greens, soybean paste, as well as other vegetables like mushrooms, zucchinis and carrots. The mixed rice, called bibimbap in Korean, comes with a reasonable price tag and delicious side dishes, including pickled wild greens.

Another must-see site in Yangpyeong is a botanical garden in Yangsuri named Semiwon, which comes from an old proverb that says "one can cleanse the mind by looking at water or beautify it by looking at flowers."

Semiwon is home to nearly 270 kinds of plants, including 70 water plants such as lotus flowers and water lilies, which are well-known for their natural purification properties.

In addition to providing visitors with a beautiful sight, the plants play an important function. The 180,000-square-meter park consists of six ponds through which water is filtered and purified before flowing into the Han River. 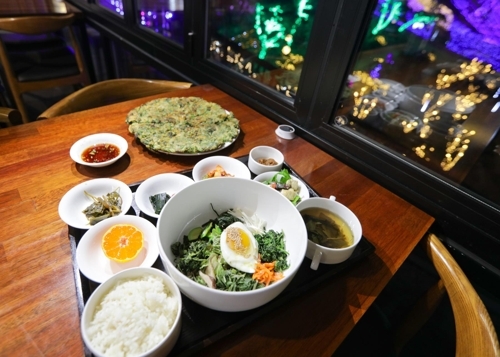 It also houses water fountains, an observation deck, a traditional wind gauging device and Monet's Garden, which looks as if it came right out of the famous picture by French artist Claude Monet.

The botanical garden, which boasts a harmonious mix of water and flowers, has emerged as a popular tourist attraction. Scores of LED lights now adorn the park, drawing a number of tourists at night.

Last but not least, the garden has a museum of lotus flowers where tourists can make rice wrapped in lotus leaves, a necklace made of water chestnuts, folding fans and other everyday items.

A ceremony takes place there on Jan. 15 of the lunar calendar each year to celebrate the first full moon of the new year, hoping for good luck all year. 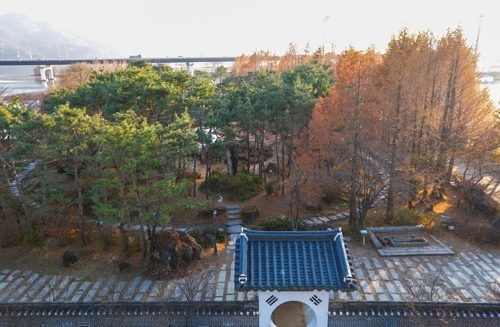