The original album released in July and its repackaged edition titled "The War: The Power of Music" have sold about 1.59 million copies in total until the end of November, S.M. Entertainment said, citing data from the Gaon Chart, the country's benchmark music sales tracker. It is the highest sales record for an EXO album.

All of the boy band's previous three full albums have sold more than 1 million copies, including their Korean and Chinese versions.

EXO is scheduled to release a winter special album on Dec. 21 and hold a concert titled "EXO PLANET #4-The EℓyXiOn in Japan" in Fukuoka, Japan, from Dec. 22-24. 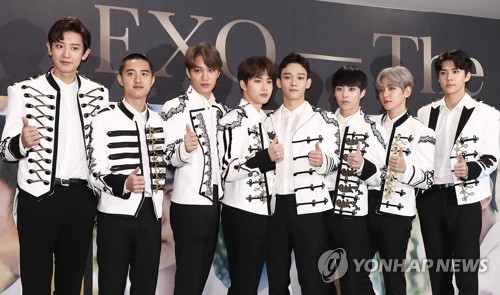