CHIBA, Japan, Dec. 11 (Yonhap) -- North Korean women's football forward Kim Yun-mi is a team player if there ever was one. 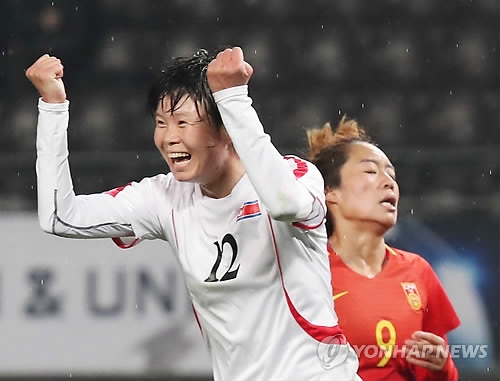 Kim now has three goals and leads all scorers after two contests. She scored both North Korean goals in their 2-0 win over China last Friday.

But the 24-year-old insisted she's only worried about her team.

"I just dedicate my whole body to helping the team win," Kim said, when asked by Yonhap News Agency if she had her sights set on winning the scoring title.

Kim played up front alongside Sung Hyang-sim against South Korea. She broke the scoreless deadlock in the 18th minute after a dull start, deftly redirecting a Ri Hyang-sim cross with her head.

North Korea improved their record against South Korea to 15 wins, three draws and one loss.

Kim, who has been playing for her national team since 2014, said, "I know all the South Korean players."

Kim and North Korea close out the tournament against Japan on Friday, also in Chiba, with their third straight East Asian title on the line.

South Korea, meanwhile, have been eliminated from contention. 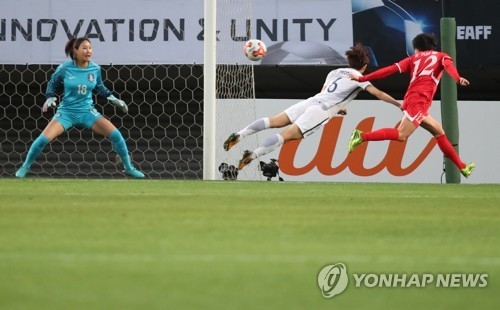 N. Korean female football striker puts team above all else

N. Korean female football striker puts team above all else