North Korea has completed development of five prototypes for an upgraded SLBM and will likely test it soon, a Japanese newspaper reported last week.

"I can't comment on any matters of specific intelligence regarding North Korea," Pentagon spokesman Army Col. Robert Manning said, "but I will tell you that within the deep arsenal that we have of capabilities, we're well postured to deal with that."

The report came after North Korea launched what it claimed to be a new intercontinental ballistic missile capable of striking all parts of the U.S.

"We watch them closely," Manning said. "We'll remain vigilant along with our partners from the Republic of Korea and Japan, our alliance partners there, to make sure that we can counter any North Korean threat." 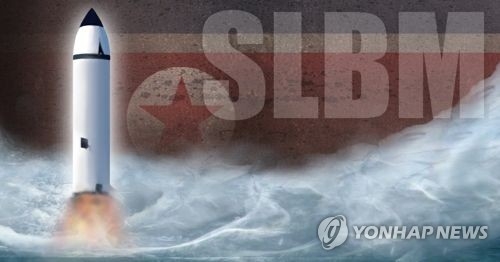 South Korea, the U.S. and Japan kicked off a trilateral missile tracking exercise the same day in waters near the Korean Peninsula and Japan.

It is a routine operation focused on improving interoperability, Manning said.

Asked to provide details on last week's visit here by Gen. Vincent K. Brooks, commander of U.S. Forces Korea, the spokesman described it as part of routine senior leadership meetings at the Pentagon.

The trip sparked considerable media speculation in South Korea as it took place shortly after the North's latest ICBM launch and amid heightened worries about a possible U.S. pre-emptive strike on the regime.