WASHINGTON, Dec. 11 (Yonhap) -- The White House said Monday that new sanctions on North Korea will be announced upon completion of a "legal process."

No announcement has been made yet.

"We're working through a legal process," White House press secretary Sarah Sanders said during a regular news briefing. "It's a little bit more complicated and once we get through that, we'll be able to walk through a little bit more detail on the reason for some of the delay."

The Trump administration has tightened economic sanctions on the communist regime to stop it from developing nuclear weapons and ballistic missiles capable of delivering them to the U.S. mainland.

In recent weeks, U.S. officials have called for a cut-off of oil supplies from China to North Korea and maritime interdictions of vessels transporting goods to and from the regime.

South Korea on Monday implemented new sanctions against the North. Twenty North Korean entities and 12 individuals were blacklisted for their suspected role in advancing the weapons programs.

Asked about the reported nomination of Victor Cha as U.S. ambassador to Seoul, Sanders declined to comment.

"I don't have any personnel announcements or comments on that at this time," she said. 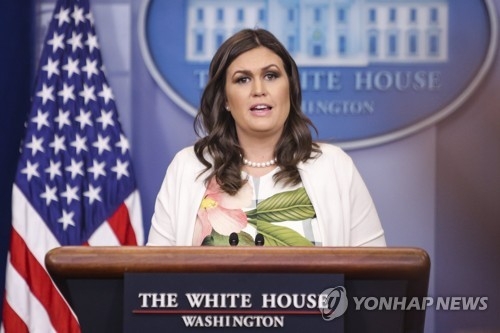