SEOUL, Dec. 12 (Yonhap) -- Samsung Electronics Co. said Tuesday it will start the streaming of videos that utilize the latest High Dynamic Range (HDR) 10 Plus technology via its premium TVs with the U.S.-based Amazon.com.

Under the agreement, users of Samsung's high-end QLED and UHD TVs can enjoy quality content through the Amazon Prime Video streaming application starting Wednesday. The HDR 10 Plus technology is a next-generation standard for high-resolution video content promoted by Samsung.

Samsung said it marks the first time for HDR-10 Plus content to be provided through a streaming service.

The HDR technology allows screens to deliver vivid displays by optimizing brightness depending on colors, such as making dark areas darker.

Around 100 TV shows and movies will be provided with the HDR 10 Plus standard through the platform, including "The Grand Tour," "The Tick" and "The Man in the High Castle." Samsung and Amazon plan to expand the number of titles down the road.

Samsung Electronics said it also has been making various steps to vitalize what it calls the "ecosystem" of the HDR 10 Plus technology.

In September, Samsung also announced its cooperation with U.S. 20th Century Fox and Japan-based Panasonic Corp. in the field. 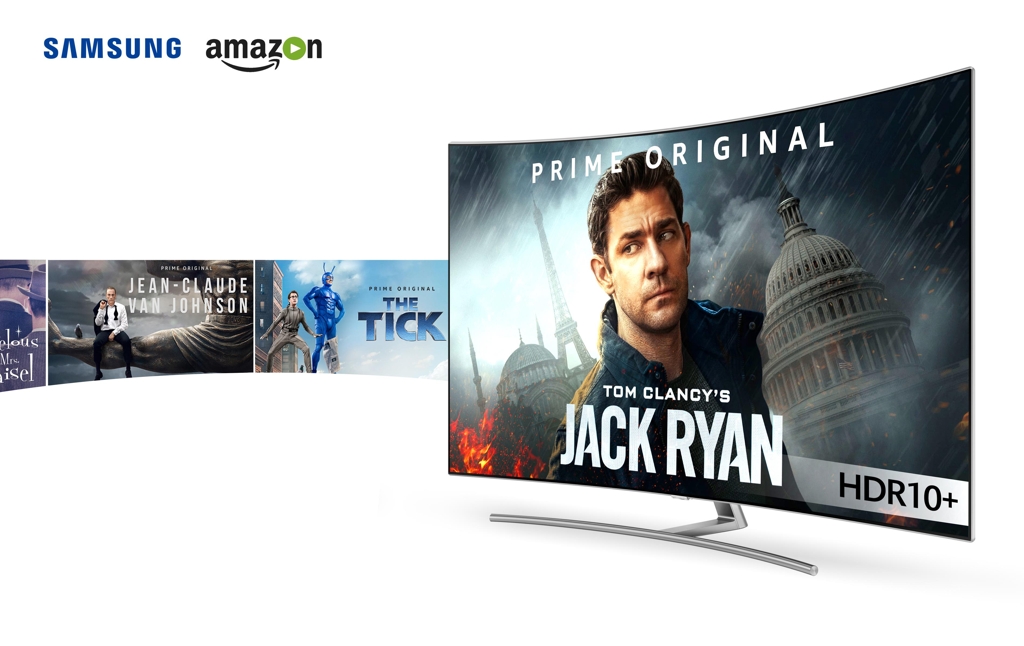