The operator of Shilla Duty Free secured the business license for the fragrance, cosmetics and fashion accessories zone at the airport earlier in April.

It is planning to wrap up remaining construction and hold a grand opening ceremony in the first half of next year. The business license at the Hong Kong airport is valid until September 2024, according to the company.

With the latest launch of its operation, Hotel Shilla became the sole player among its local rivals with fragrance and cosmetics duty-free stores running at three major international airports in Asia, including Singapore's Changi Airport and Incheon International Airport on home turf, the Korean company said.

Hotel Shilla earlier said it will boost efforts to achieve its annual revenue target of 1 trillion won (US$889 million) from its overseas duty-free business. In 2016, it raked in some 500 billion won in overseas sales, the largest in terms of revenue compared with its local rivals. 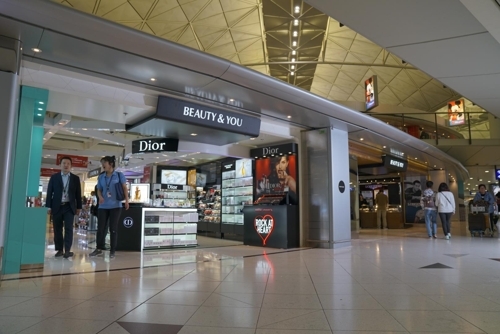