Four-term lawmaker Park Young-sun met the German leader during her visit to Berlin, which was arranged on the invitation of the Hanns Seidel Foundation, a renowned Munich-based political think tank.

"I expect you to work as an intermediary for settling the North Korean nuclear issue and establishing peace on the Korean Peninsula," Park was quoted as saying during her talks with Merkel on Monday (Berlin time).

In response, the German leader was quoted as saying that along with the joint efforts for ensuring peace on the peninsula, female politicians should work together for the empowerment of women.

In an interview with the Germany newspaper Frankfurter Allgemeine Sonntagszeitung, Merkel had previously expressed her willingness to engage in a diplomatic initiative to address the nuclear standoff. In it, she mentioned the landmark 2015 nuclear deal, struck between Iran and six world powers, including Germany, as a possible model for the North Korean case.

Following the meeting with Merkel, Park is set to meet other German legislators and seek cooperation on South Korea's successful hosting of the 2018 PyeongChang Winter Olympics, which takes place from Feb. 9 to 25. 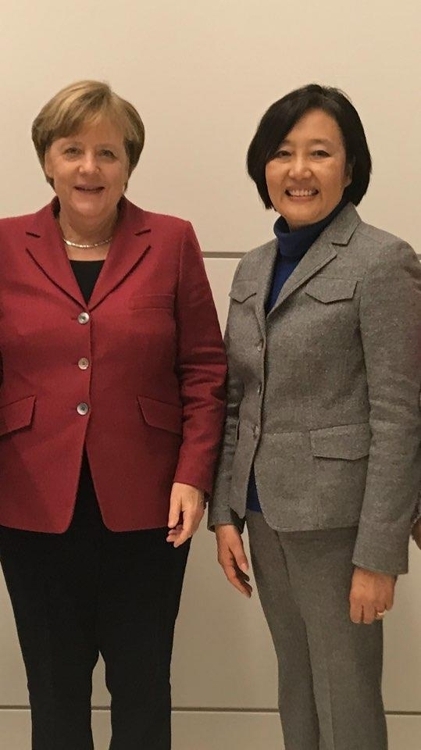