"Defense industry technology cooperation is a cornerstone to expand the base for the South Korea-U.S. alliance and guarantee the interoperability of their combined operation," Jeon Jei-guk, chief of the Defense Acquisition Program Administration (DAPA), said in a keynote speech at a forum in Washington, D.C., according to his organization.

DAPA co-hosted the South Korea-U.S. Defense Acquisition and Security Cooperation conference there, along with the Center for Strategic & International Studies (CSIS), the Korea Institute for Industrial Economics and Trade (KIET), and the Korea Aerospace Industries (KAI).

Jeon presented a vision for establishing a virtuous cycle of the improved alliance contributing to the deepening of their defense industry partnerships. 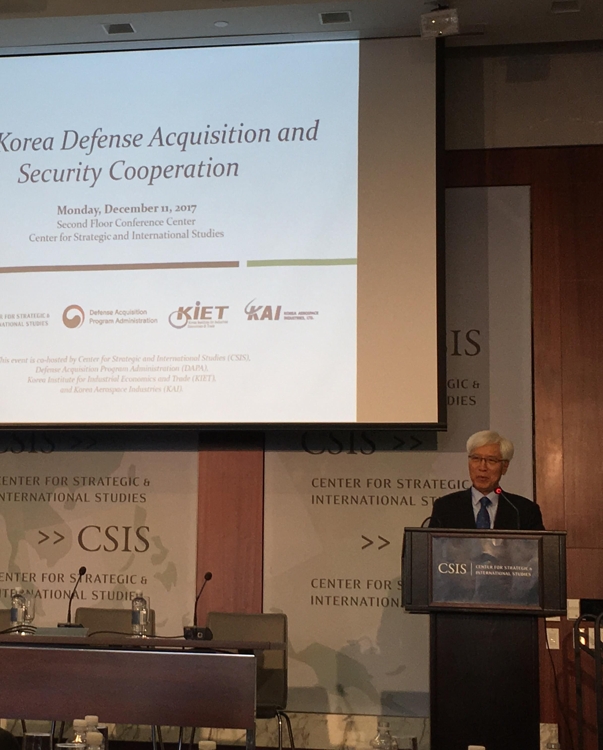 The forum was held as KAI, South Korea's sole aircraft maker, has teamed up with Lockheed Martin to bid for the U.S. Air Force's T-X project to replace its aging fleet of some 350 T-38 trainer jets, a deal reportedly worth US$16 billion.