The Ministry of Oceans and Fisheries said it will sign an agreement with the state-run Korea Gas Corp., local shipbuilders and provincial port authorities Wednesday to launch a project to build 80,000-ton LNG-propelled vessels by the end of 2018.

For that goal, a working group will conduct a feasibility study of the project in the coming months and explore ways to foster related industries, the ministry said.

The latest move was part of broader efforts to comply with the International Maritime Organization's sulfur cap on bunker fuel, which is set to take effect in 2020.

As it usually takes two to three years to build a ship, the government launched a task force made up of local companies in January to develop the emerging marine transport sector under strengthening environmental regulations. 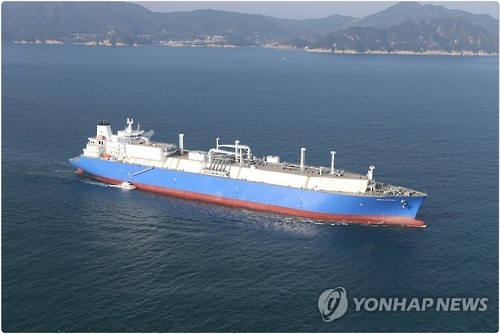