"There's always irritants with respect to what North Korea does," he told Yonhap News Agency at a promotional event held at the U.S. Congress, "but I don't think it's going to impact the Olympics and I think the whole world will stand with South Korea there in the Olympics and it is going to be tremendously exciting."

The Republican from California serves as chairman of the House Foreign Affairs Committee. 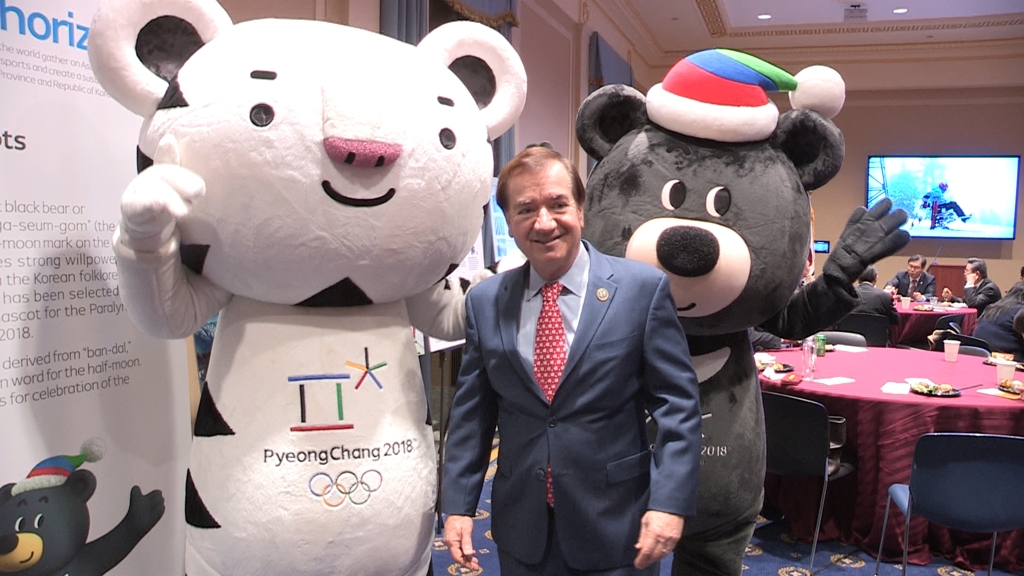 There was confusion last week as to whether the U.S. would send its athletes to the February games. Citing security concerns, U.S. Ambassador to the United Nations Nikki Haley said it remained an "open question," but she later retracted her statement and confirmed the participation of the full U.S. delegation.

Tensions have soared on the Korean Peninsula following North Korea's latest intercontinental ballistic missile test last month. Pyongyang has said the new missile is capable of delivering a nuclear weapon to all parts of the U.S.

Still, the South Korean government has called on the North to send its athletes to PyeongChang in the hopes that it would foster peace on the peninsula.

"Hope springs eternal, as we say," Royce said. "However, the situation in North Korea is what it is, and so we can all try to do our best, but at the end of the day, the main point is to focus on creating an environment for people worldwide."

Everyone is invited, he said, but "we don't always reach our objective in terms of participation."