The 24-year-old actor was announced this year's winner of the prize at the 2017 Korea Tourism Awards co-hosted by the Ministry of Culture, Sports and Tourism, and the Korea Tourism Organization, they said.

"Park contributed greatly to promoting the country abroad by successfully wrapping up fan meetings in eight Asian countries," the ministry said in a press release.

The tour, which began in Malaysia in December last year, took him to eight Asian cities, including Seoul, and ended in March.

Along with Park, 12 other tourist attractions or travel programs -- including Nami Island, some 90 kilometers east of Seoul, and Hwadam Botanic Garden, near the capital -- were named outstanding tourism resources in the country. 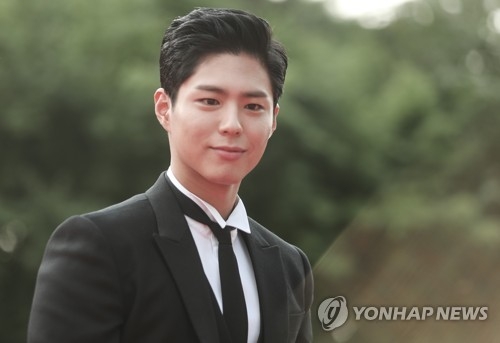