They also said that the summit does not necessarily have to produce a joint statement when there are still differences over the deployment of a Terminal High-Altitude Area Defense (THAAD) system to South Korea.

The bilateral summit is set for Thursday, the second day of Moon's four-day visit to China. But Seoul and Beijing have decided not to issue a joint statement due to their gaps over the THAAD issue, a major thorn in the bilateral relationship.

"We will not pressure (the government to seek) a joint statement after the summit, but we urge (Moon) to clearly safeguard security sovereignty," Choung Tae-ok, the spokesman of the main opposition Liberty Korea Party, said in a commentary. 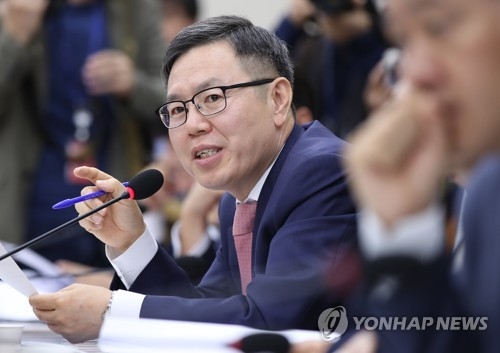 "There are many cases in which clear differences -- rather than clumsy agreement -- are more helpful to the national interest," he added.

Beijing has strenuously opposed the THAAD deployment, which it believes could undermine its security interests. But Seoul and Washington have maintained that it is a purely defensive system to counter Pyongyang's missile threats.

In October, the two countries agreed to bring their relations, strained over THAAD, back on to a normal track, but their differences have yet to be fully reconciled.

Choung also pointed out that Moon has to clearly say no if Beijing seeks to interfere with Seoul's sovereign decisions to protect its national security.

"The operation of the THAAD system and its additional deployment, and security cooperation among South Korea, the United States and Japan ... all these are purely matters of South Korea's security sovereignty," he said.

Yoo Seong-min, the leader of the minor conservative Bareun Party, called for Moon to sternly respond if there are any Chinese moves to compromise South Korea's military sovereignty.

"If China demands an abdication of (South Korea's) military sovereignty, Seoul should sternly reject it, and it does not need to be bound by the issue of whether there should be a joint statement or joint press conference (after the summit)," Yoo said during a party meeting. 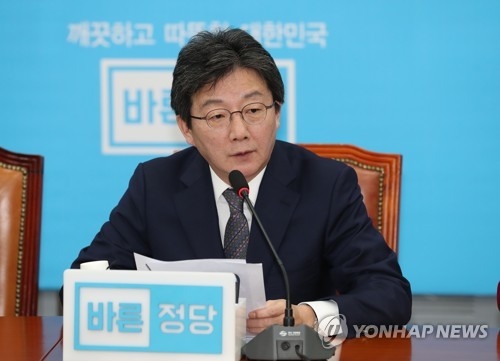 Yoo also stressed that Seoul should demand Beijing's suspension of both crude oil supplies to the North and its apparent economic retaliation against South Korean businesses, and reject the Chinese proposal for concurrently suspending the North's nuclear and missile tests and South Korea-U.S. military exercises.

"The summit should be one in which (Moon) clearly states what kind of role China needs to play in resolving the North Korean nuclear issue," he said.