The video reached the milestone about five months after it was uploaded online, according to the group's management company, S.M. Entertainment. "Ko Ko Bop" is the title track off the group's fourth full album "The War" released in July. 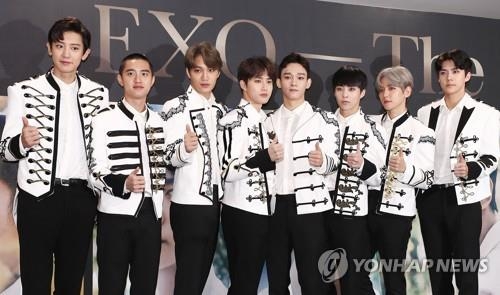 EXO now has six songs with over 100 million views on the global video-sharing platform. The other five are "Overdose," "Growl," "Call Me Baby," "Monster" and "Wolf."

On Monday, "The War" became the top-selling album from EXO by selling 1.59 million copies until the end of November. The total includes Chinese language versions of the original album and its repackaged album titled "The War: The Power of Music."

The group is scheduled to release a winter special album on Dec. 21 and hold a concert titled "EXO PLANET #4-The EℓyXiOn in Japan" in Fukuoka, Japan, from Dec. 22-24.