The Ministry of Agriculture, Food and Rural Affairs said it will adopt special quarantine measures in South Jeolla Province after H5N6 avian influenza (AI) was found in a duck farm in Yeongam, 380 kilometers south of Seoul.

Quarantine officials culled 76,000 ducks at five duck farms located within a 3-kilometer radius of the affected site Sunday and confirmed it as a case of highly pathogenic virus Monday.

The ministry said it will impose a movement ban on poultry farms near the affected region for a week, as the province is the nation's largest duck producing region. About 1.4 million ducks are raised in farms in Yeongam and nearby Naju, raising concerns over a further spread of the highly contagious virus in the region.

Quarantine officials said they will conduct in-depth investigations into poultry farms near the affected site this week and ban sale of chickens and ducks in traditional markets in the region.

The latest outbreak of highly pathogenic AI, the second case discovered at a poultry farm this winter, raised concerns as South Korea prepares to host PyeongChang Olympic Games in February.

"If additional cases of highly pathogenic bird flu are discovered, we will continue to adopt tight quarantine measures to enhance safety ahead of PyeongChang Olympics," Heo Tae-yoong, a senior ministry official, said in a briefing.

Highly pathogenic avian influenza is a variety of viruses that cause severe disease in birds and result in high death rates, according to the World Health Organization.

Last year, South Korea slaughtered more than 30 million birds to contain the worst outbreak of bird flu to have hit the country. 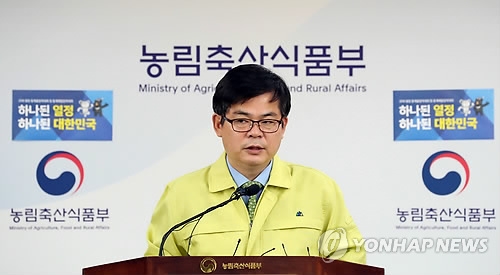