The motion came after prosecutors sought an arrest warrant for Rep. Choi Kyung-hwan on charges of taking 100 million won (US$91,570) from the National Intelligence Service's special activities fund in 2014, when he was concurrently serving as deputy prime minister and finance minister.

As Choi is a national legislator, he's immune from arrest while the National Assembly is in session unless the parliament passes a motion giving its consent to the move.

Investigators believe the money Choi received could be considered bribes because the spy agency sought his influence as a finance minister handling the government budget in its efforts to fend off opposition calls for downsizing the agency's off-the-books special activities funds.

Last week, Choi was questioned for about 20 hours about the allegations.

Choi has categorically denied the allegations against him.

By law, the motion should be reported to the first plenary meeting of the National Assembly and put to a vote within 72 hours thereafter. As the first plenary session is scheduled for Dec. 22, a vote should take place between Dec. 23 and Dec. 25.

Unless a vote takes place within the 72 hours, the motion will automatically be put to a vote in the next plenary session, a measure aimed at preventing lawmakers from delaying a vote in order to protect follow legislators from arrest. 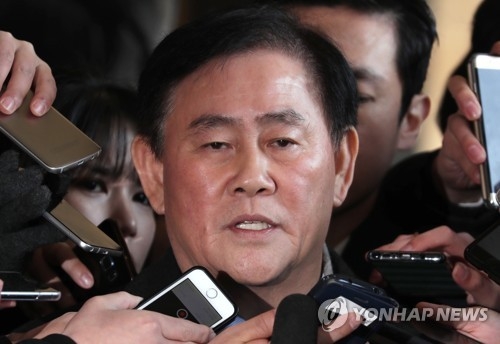