TOKYO, Dec. 12 (Yonhap) -- South Korea on Tuesday confirmed St. Petersburg as their base camp for the 2018 FIFA World Cup in Russia.

The Korea Football Association (KFA) announced that South Korea's training base will be in the host nation's second-largest city. The team will stay at the New Peterhof hotel.

"St. Petersburg is quiet and provides a clean environment," said the KFA public affairs director Cho Jun-heon. "Head coach Shin said the most important thing is that the players can rest comfortably and peacefully there."

The Taeguk Warriors will open their World Cup campaign against Sweden at Nizhny Novgorod Stadium in Nizhny Novgorod on June 18. South Korea will then face Mexico at Rostov Arena in Rostov-on-Don on June 23 and take on Germany four days later at Kazan Arena in Kazan.

The KFA said that South Korea also considered Moscow as their base camp site, since it is close to their competition venues. Moscow is 425 km away from Nizhny Novgorod, 1,109 km from Rostov-on-Don, and 825 kilometers away from Kazan.

The KFA said it takes 30 minutes longer to fly from St. Petersburg to competition venues than to do so from Moscow, but it dropped the Russian capital out of consideration due to heavy road traffic.

The KFA said Shin has inspected the training ground in St. Petersburg, which is a 15-minute drive from the hotel, and other facilities inside the hotel.

"There are no high buildings around our training ground, so it's good for us to conduct training drills safely," Cho added. "For our residence, Shin has checked every detail, from the color of the curtains to carpet quality." 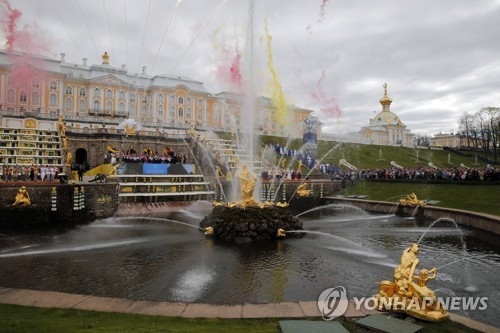