SEOUL, Dec. 12 (Yonhap) -- Hyundai Motor Co., South Korea's largest carmaker, said Tuesday that it will set up a joint venture with an Indonesian company to help assemble commercial vehicles in one of the world's most populous countries in the latest move to expand into Asian markets.

The joint company, to be set up between Hyundai and Artha Graha (AG) in May, will be in charge of putting together the knockdown units of the Xcient heavy-duty and New Mighty trucks and sell the complete vehicles in the Indonesian market, the company said in a statement.

The size of the investment in the joint venture has yet to be decided, a company spokesman said.

The joint venture will produce 2,000 Xicent and New Mighty trucks annually from late next year, with a plan to gradually add new models to woo Indonesian customers, it said.

Currently, Japanese carmakers account for more than 90 percent of Indonesia's commercial vehicle market, as they have operated local assembly lines since the 1970s, Hyundai said.

As Indonesia pushes large reclamation and mine development projects, local demand for commercial cars is expected to exceed 100,000 units in 2020, up from the 76,000 units estimated for this year, it said.

Hyundai Motor said it aims to export commercial vehicles assembled in Indonesia to neighboring Southeast Asian countries, as they do not impose import tariffs on products from Indonesia due to their bilateral trade agreements. 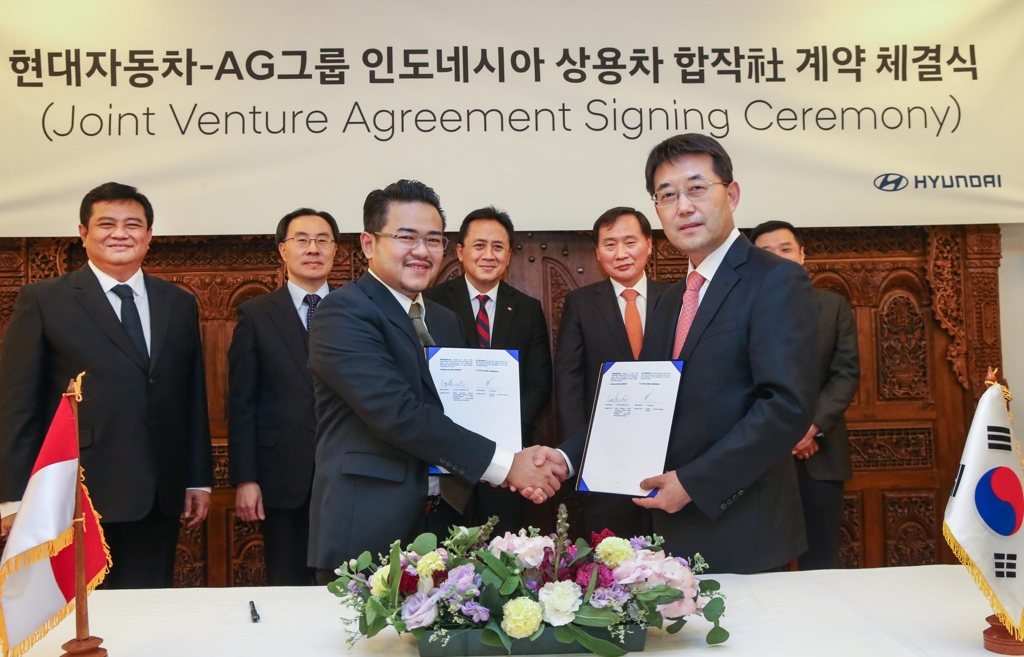