The cosmetics firm has signed an agreement with the museum and the Korea Foundation to support research into and protection of Korea's pictorial art at the London-based museum.

The British Museum possesses around 1,500 works of Korea's ancient art, but there is currently no institution specialized in preserving Korean ancient art in Europe, according to the firm.

"We expect the latest deal to initiate studies on protecting Korea's pictorial relics," the company said in a press release, vowing to take an active role in promoting local culture abroad. 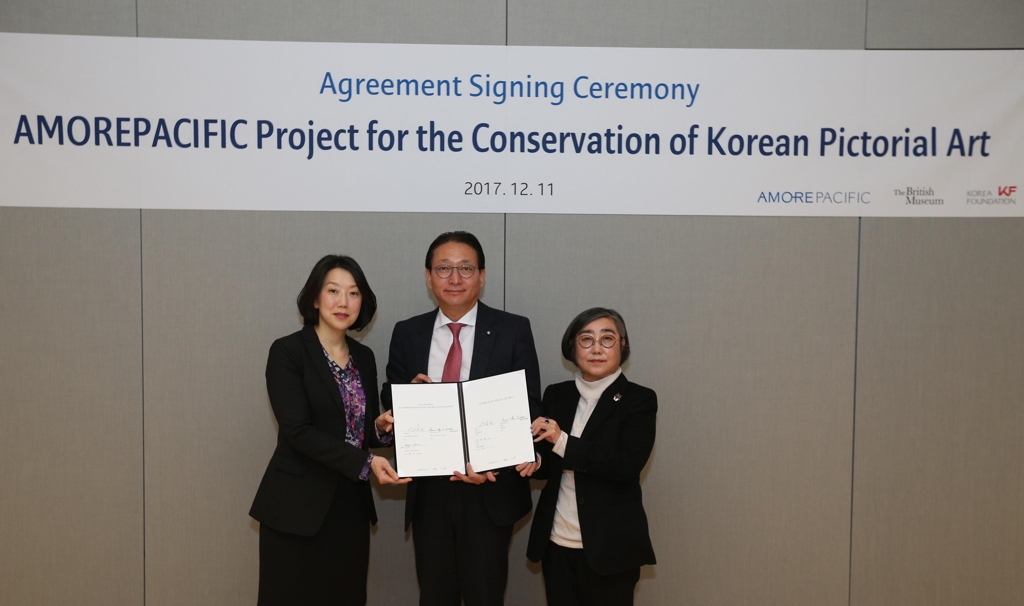