SEOUL, Dec. 12 (Yonhap) -- Korea Investment & Securities Co., a leading brokerage in South Korea, said Tuesday that it has acquired an Indonesian securities firm as part of its efforts to strengthen its overseas business.

It signed a contract to take a 75 percent stake in Danpac Sekuritas for 40 billion won (US$36.6 million), according to Korea Investment.

The company said its Indonesian operation is expected to start business within the first half of next year once it has obtained approval from the financial authorities.

Danpac is a midsized brokerage firm in Indonesia with capital of 6.2 billion won. It has posted 3 billion won in operating profit in the past four years.

Korea Investment said the latest purchase is a step toward to its long-term plan to become Asia's biggest investment bank. 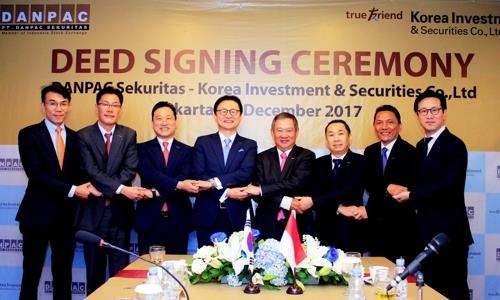