Kim, an ally of LKP leader Hong Joon-pyo, beat Hong Moon-jong, once a staunch loyalist to ousted President Park Geun-hye, and Han Sun-kyo, a four-term lawmaker with no factional ties.

The 59-year-old lawmaker will replace Chung Woo-taik, whose one-year term ends this week.

The new whip will be tasked with mending the festering factional rift and steering the party in next year's local elections seen as a referendum on President Moon Jae-in's first year in office, analysts said.

Hong's election capped weeks of acrimonious election campaigns that at times descended into a slugfest between a faction affiliated with combative party chief Hong and those who are not close to him.

Factional tensions had largely been fanned by the LKP leader's derogatory remarks, which his foes said would impede the party's efforts to reform conservative politics. Hong once described some lawmakers from his rival faction as a "cockroach, cancer or pus."

Hong's rivals are concerned that Kim's win in Tuesday's election could further cement the firebrand leader's grip on power and weaken their voices within the party.

Kim's career as a labor activist is a rarity within the conservative fold. In 2002, he served as the secretary general of the Federation of Korean Trade Unions, one of the country's largest umbrella labor organizations.

Kim was first elected to the National Assembly in 2008. On the back of his career in the labor sector, he has tabled a series of bills on strengthening requirements for layoffs, shortening working hours and extending the retirement age.

In recent months, Kim has been at the vanguard of the party's efforts to keep the ruling bloc in check. He has led a committee to resist the government's campaign to "eliminate accumulated ills," which the party regards as "political retribution." 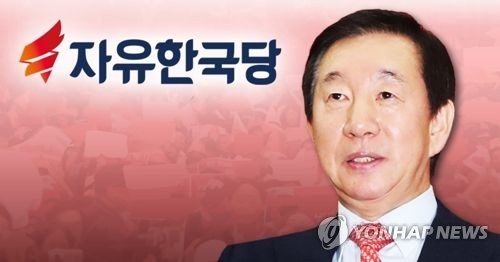