This was their first meeting since the 2015 tournament in Wuhan, China, where the two Koreas played to a scoreless draw. 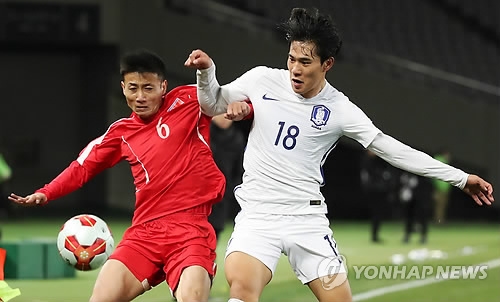 Against the North in Tokyo, the South came up with a 3-4-3 formation -- a big change from their previous 4-4-2 system -- with two players, Jin Seong-uk and Jung Seung-hyun, making their international debut.

But South Korea couldn't produce much with the back three and new faces early in the match. Their first strike came in the 21st minute when Kim Mon-woo's left-footed attempt was blocked by a defender.

South Korea will next face host Japan on Saturday to try to secure their second straight East Asian title. North Korea can't win the tournament since they're down with two losses, but will try to collect their first win of the tournament against China on the same day. 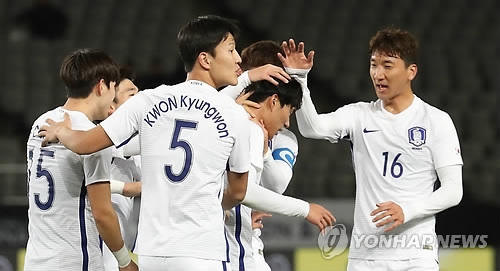