The rivalry in the women's 500 meters has been decidedly lopsided in Kodaira's favor this season. So far during the International Skating Union (ISU) World Cup Speed Skating season, Kodaira has won all seven 500m races, while Lee has grabbed five silver and one bronze medals.

It doesn't bode well for Lee's chances of winning her third straight Olympic gold in the 500m at the PyeongChang Winter Games next February. But Lee said she's just rounding into form.

"The real game begins at the PyeongChang Olympics," Lee told reporters at Incheon International Airport, after arriving back from the fourth leg of the World Cup in Salt Lake City, Utah, last weekend. "I think I've found my form after competing with her all season." 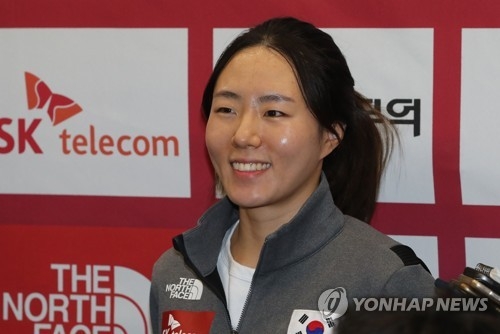 Curiously, Lee never mentioned Kodaira by name during her interview, only using pronouns such as "she" or "her," or referring to Kodaira as "that athlete."

Lee, 28, said she was just trying to get into her groove over the first two World Cup stops, and it was only over the next two World Cups where she started competing in full strength.

"Last year, because of injuries, I don't think I had any race that I was satisfied with," Lee said. "It's been a different story this year. I think my time has improved because I've been battling (Kodaira). I think I got my speed back, too."

Kodaira is a late bloomer at 31. She ranked fifth in the 500m at the 2014 Olympics when Lee won her second straight gold, but has been virtually unbeatable in speed skating's shortest event the past two seasons. 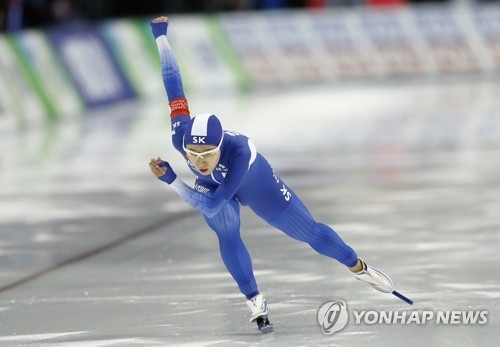 In the 2016-2017 season, Kodaira was undefeated in eight World Cup races and also captured both the world single distance championship and the sprint championship in the 500m.

She will go into PyeongChang 2018 as the skater to beat, with everyone else essentially playing for second place, but Lee said she won't let her rival win gold on South Korean ice.

"I am confident because I'll be skating at home," Lee said. "I am not too far behind her time-wise, and I'll try my best to win the gold medal."