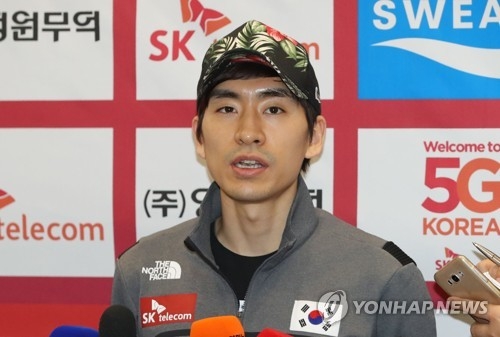 The mass start, which will make its Olympic debut next February at PyeongChang 2018, is a niche event in speed skating. Unlike other individual races, all skaters start simultaneously, and there's plenty of race planning and strategizing involved.

Lee won the 10,000m gold and the 5,000m silver at the 2010 Olympics, but has since switched to the mass start. And the former short tracker has thrived in his new event, winning the overall World Cup title last season and winning two out of three mass start races this season.

"I am pleased that I've posted better results than I expected," Lee told reporters at Incheon International Airport, after arriving back from the most recent World Cup venue in Salt Lake City, Utah. "But I came away realizing that I need to improve my conditioning."

Lee said the mass start is inherently unpredictable, and he often has to rely on his gut feelings during the course of a race. Some skaters tend to charge out early in the 16-lap race, but there are also others who like to stay back and make a last-minute push.

"And if you want to make a quick decision during a race, you need to have the strength and stamina," he said. "So my training will focus on that aspect until the Olympics." 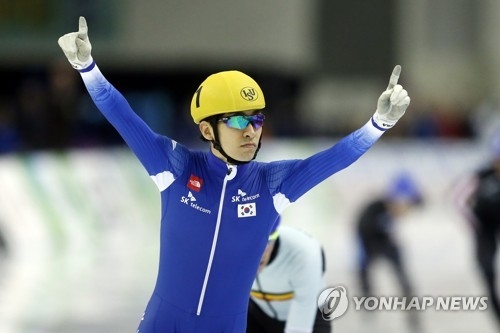 Lee grabbed a surprising team pursuit gold at the first World Cup of the season last month in Heerenveen, the Netherlands, but the trio of Lee, Kim Min-seok and Chung Jae-won never again reached the podium. Lee attributed the struggle to exhaustion. The first two World Cups took place in the Netherlands and Norway, while the next two stops were in Canada and the United States, with only a week off between the trip across the pond.

"Some young skaters seemed tired by the third and fourth World Cups," Lee said. "But there is a lot of time left to recover before the Olympics. We have to address this issue and perform like we did at the first World Cup."