SEOUL, Dec. 13 (Yonhap) -- Former Prime Minister Chung Un-chan has taken on many different positions over his academic and civil service career. And now, he gets to preside over professional baseball, one of his lifelong passions.

Chung, 70, was named the new commissioner of the Korea Baseball Organization (KBO) on Monday. Chung will oversee 10 clubs in the nation's most popular sport during his three-year term, which will begin in January.

In a written interview with Yonhap News Agency, Chung discussed ways in which he hopes to develop the game on his watch. And above all, Chung said he wants baseball to become a source of "healing" for its fans. 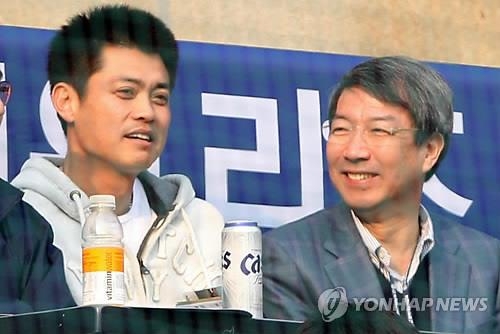 "They say baseball is a national pastime in America, and a religion in Japan," Chung said. "I want baseball to provide healing for Korean fans. I want people to be able to feel joy and happiness when they purchase tickets, attend games and cheer on their favorite teams and players. And that is only possible when the clubs, players and the KBO are all committed to work for the fans."

Chung's love of baseball has been well documented. He has penned baseball columns for a local sports paper and provided some radio commentary on games. In 2012, Chung threw out the ceremonial first pitch at Rogers Centre, home of the Toronto Blue Jays, and in the following year, Chung published an essay titled "An Ode to Baseball," his attempt at portraying baseball as a metaphor for life.

While it has been long believed that he had long wished to become the KBO commissioner, Chung clarified that he never specifically wanted to take the job.

"As a fan of the game, I've offered some critique on baseball to help develop the game, but I've never dreamed of becoming the commissioner per se," he said. "What you do is more important than which position you hold. But I am happy to be doing something for the sport I love so much."

Chung acknowledged that he still has much to learn about the KBO, because his love of baseball doesn't quite match his knowledge of what goes on inside the league's office. 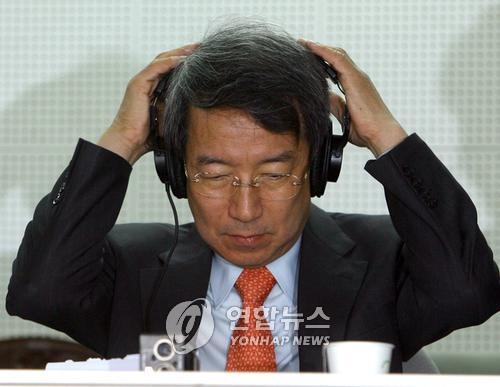 "I am studying how commissioners in the United States and Japan work, and I am also looking into how those professional leagues operate," Chung said. "I'll work closely with the fans, players and clubs, and do the best I can to improve professional baseball."

Chung called himself a "die-hard" fan of the Doosan Bears, but said he will have to put aside his personal feelings now that he's the commissioner.

The Bears, based in Seoul, boast a substantial following year in and year out. In fact, the KBO as a whole has been enjoying a boon in attendance for years. The league has broken tge single-season attendance record for the second straight year, and surpassed 8 million in attendance for the first time in 2017.

The rise in ticket sales, on the other hand, has masked some off-field issues, ranging from drunk driving, match fixing and illegal gambling.

Chung said he wished the KBO and implicated clubs would have handled incidents in more transparent manner. He said he will try to improve discipline and transparency in the KBO, and work with the umpires' committee and the players' association to come up with measures to help in that regard.

Chung added he is aware of criticism surrounding the free agency and foreign player signings.

"I've heard talks that the salaries for the top-tier free agents and some foreign players are too high, and that there are others who don't quite get the money they deserve," he said. "I also know that people feel the minimum salary (24 million won, or USU$22,080) is too low. I'll check to see if there are any rules that may hamper the development of professional baseball."