The Seoul Central District Court again refused to issue the writ for Jun Byung-hun, former senior secretary for political affairs to President Moon Jae-in, after it turned down the first request last month.

The court said that the bribery and embezzlement charges laid against him are disputable and he seems to be at low risk of fleeing or destroying evidence given the evidence collected so far.

Jun is accused of inducing two local home shopping channels to donate 480 million won (US$440,000) between 2013 and 2015 to the Korea e-Sports Association, which was under his control.

Prosecutors suspect the money was given in exchange for favors involving the renewal of their broadcasting license. Jun was at the time a three-term lawmaker belonging to the parliamentary committee in charge of related policies.

He is also accused of receiving up to 8 million won worth of gift vouchers from Lotte. Jun resigned as an aide to Moon over the scandal but flatly denied wrongdoing. 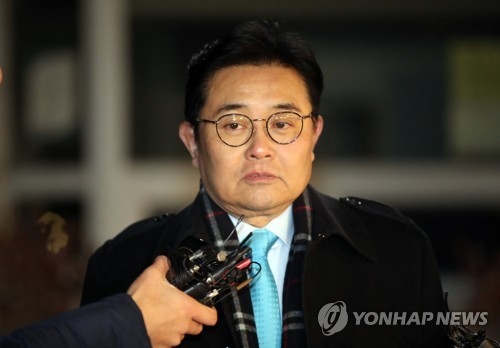 In a separate case, another judge at the court refused to issue the warrant for Kim Tae-hyo, a former aide to Lee from 2008-2012, citing similar reasons it gave for Jun's case.

Prosecutors requested an arrest warrant for the Sungkyunkwan University professor last Friday, accusing him of involvement with the military cyber command's operations in 2012 to write Internet comments to sway public opinion in favor of then ruling party presidential candidate Park Geun-hye.

Prosecutors suspect that Kim delivered Lee's messages to the military, including an instruction to hire people with conservative political views and thus who are friendly to his administration. When leaving office, he also allegedly took military documents and presidential records with him without permission. Kim has denied all charges.

The court rejection of a warrant for Kim deals a blow to the prosecution, which has considered Kim's case a key step toward ultimately investigating Lee. The former president has denied any knowledge or involvement in the military's alleged political interference. 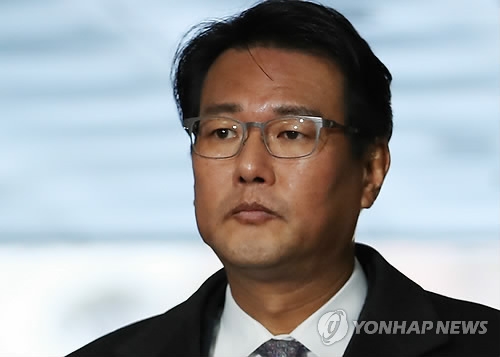