SEOUL, Dec. 13 (Yonhap) -- A growing number of market experts are forecasting the U.S. central bank will raise its key interest rate four times in 2018 on an economic recovery and a tax overhaul, industry sources said Wednesday.

Global investment bank Goldman Sachs has recently projected the U.S. Federal Reserve Board to jack up the federal funds rate four times in the coming year, with JP Morgan and Jefferies making the same forecast, according to the sources.

In addition, HSBC has raised its U.S. rate rise forecast to two times from once.

The rate-setting Federal Open Market Committee is strongly expected to raise its key interest rate by a quarter percentage point at the end of its policy meeting Wednesday (U.S. time).

Behind the growing expectations for Fed rate hikes are the brisk U.S. economic performance and the effect of the country's tax reform, according to the sources. 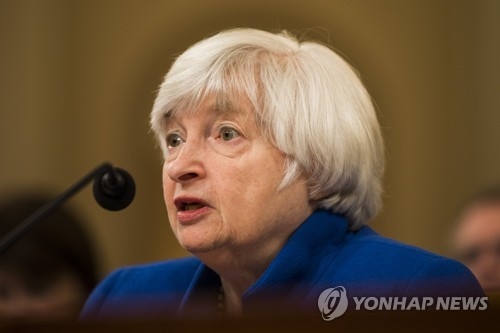 Despite the shock of a devastating hurricane, the world's largest economy expanded 3.3 percent on-year in the July-September quarter on strong corporate investment, higher than an advance estimate of 3 percent.

In its November meeting, the U.S. central bank upgraded its assessment of the economy's upturn to "solid" from "moderate."

Should the tax reform plan be implemented as proposed by the Trump administration, it could increase America's economic growth by up to 0.5 percentage point and lower its jobless rate by 0.2 percentage point.

Lending weight to the forecast of more rate hikes is the possibility that the FOMC may have more hawkish members in the new year, the sources said.

Meanwhile, the Bank of Korea is tipped to raise its benchmark interest rate once or twice in 2018, which could lead to a situation where the U.S. has higher interest rates than South Korea.

In November, the BOK hiked its key rate by a quarter percentage point to 1.5 percent amid clear signs of an economic recovery, ending the 16 months of its wait-and-see stance. Currently, the federal funds rate ranges from 1 percent to 1.25 percent.

Market watchers warned a reversal of key rates in South Korea and the U.S. could be a destabilizing factor for the local financial market, though it may not lead to an immediate capital outflow. 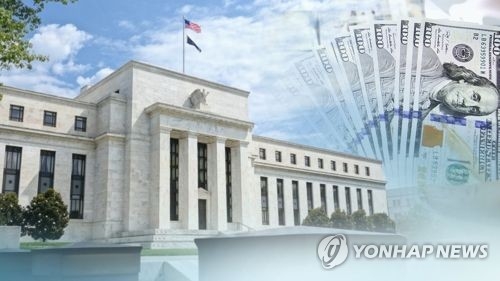