The Western and Central Pacific Fisheries Commission (WCPFC) granted South Korea a quota of 13,942 tons of bluefin tuna in the southern Pacific for next year, 1,073 tons up from this year, the Ministry of Fisheries and Oceans said.

South Korea exported around 225,000 tons of tuna worth US$575 million last year, accounting for a quarter of the nation's seafood exports, according to the ministry data.

The WCPFC sets limits on tuna catches to protect the dwindling species from overfishing. Tuna is considered a prized delicacy in Asian countries, especially in Japan. 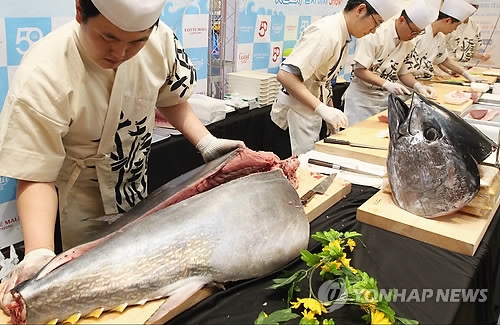