SEOUL, Dec. 13 (Yonhap) -- A virtual currency boom in South Korea is feared to have a negative impact on the country's tech-heavy secondary stock market as it may drain money from the bourse, analysts said Wednesday.

Virtual currencies, such as bitcoin and ethereum, have gained rapid popularity in recent years among South Korean investors hoping to make quick money. South Korea is home to one of the world's biggest bitcoin exchanges, with about 1 million people estimated to have some of the best-known digital currency.

According to stock market watchers, there is a possibility that retail stock investors may withdraw their money from the KOSDAQ market to invest in virtual currencies, also known as cryptocurrencies.

Although no exact figures are available, there appears to be a correlation between changes in virtual currency transactions and the KOSDAQ turnover, they said.

According to Bithumb, the largest bitcoin and ethereum digital currency exchange in South Korea, the virtual currency turnover soared to 56.3 trillion won (US$51.6 billion) in November from some 300 billion won in January.

The November figure was more than 80 percent of the KOSDAQ's monthly average turnover of 68.7 trillion won.

In particular, the value of virtual currency transactions spiked on-month in May and August this year, when the minor stock market saw declining turnovers. 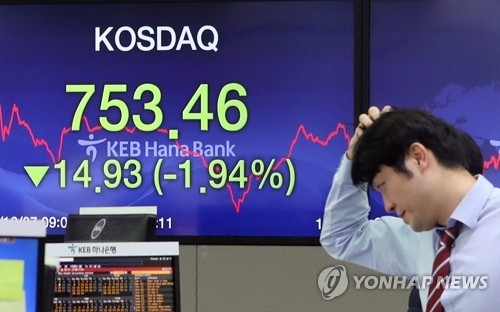 Stock market analysts said there is a high possibility of stock investment funds flowing into the virtual currency market.

"The virtual currency fad seems to be one of the factors for the KOSDAQ market's correction," Societe Generale economist Oh Suk-tae said. "With few market barriers, the cryptocurrency market revolves mainly around retail investors more than the KOSDAQ market, becoming a magnet for small investors."

Experts said whether such a phenomenon will persist depends on the government's policy.

"The current popularity of virtual currencies is unlikely to cool down easily as it is a global phenomenon and a blanket ban is hard," said Im Sang-guk, a researcher at KB Securities Co.

But the government's stronger regulations, coupled with a set of measures to jump-start tech startups and the KOSDAQ market, could put the brakes on the cryptocurrency craze to some extent, he added.

South Korea's top financial regulator said Monday that the government is mapping out measures to restrict virtual currency transactions to some extent, including an all-out ban to minimize possible side effects and reduce speculative investment.

Despite a boom in transactions of digital currencies, their exchanges go largely unregulated in South Korea as they are not recognized as financial products. Also there are no rules for protecting cryptocurrency investors. 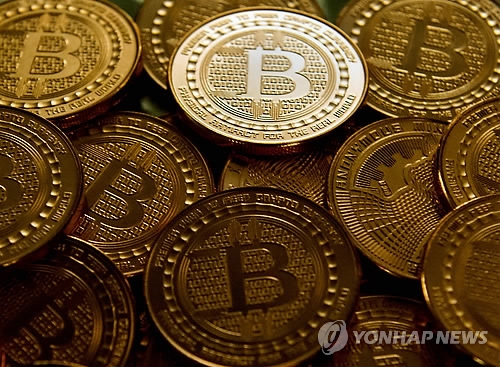