SEOUL, Dec. 13 (Yonhap) -- Prosecutors questioned a prominent lawmaker of the opposition Liberty Korea Party on Wednesday over allegations that he took hundreds of millions of won in illegal political funding.

"I am sorry for causing concerns to the public. I'll earnestly cooperate with the investigation," the five-term lawmaker told reporters.

The prosecution arrested a real estate developer based in his constituency last month for offering tens of millions of won to a former aide to Won in exchange for the official's influence in having his new housing project approved. The aide has been imprisoned in a separate corruption case.

Prosecutors are looking into whether Won was involved in the case and several other illegal political donations by local businessmen.

Prosecutors recently raided his local office and the home of his aide in charge of accounting. 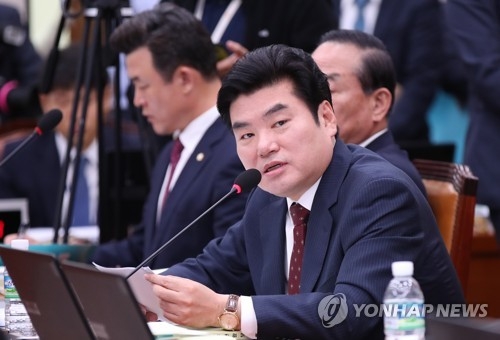