The Nexen Heroes of the Korea Baseball Organization (KBO) announced they've inked Lee to a new one-year deal worth 110 million won (US$101,200). The 19-year-old outfielder made the minimum KBO salary of 27 million won in 2017.

And the deal was a bargain for the Heroes, as Lee established new rookie records with 179 hits and 111 runs scored, while leading all freshmen with a .324 batting average. Lee was the runaway winner of the top rookie award last month. 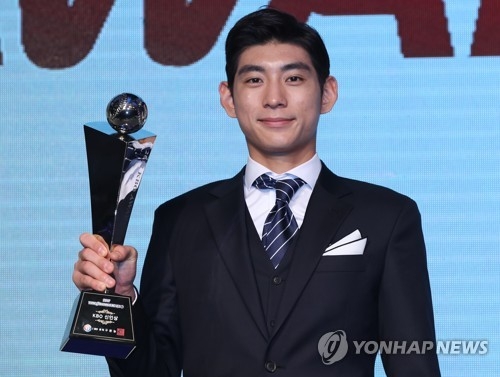 Before taking the league by storm, Lee's biggest claim to fame was being the son of a former KBO legend, Lee Jong-beom. The Lees were on the national team last month for the Asia Professional Baseball Championship in Tokyo, with the father serving as a coach and the son setting the table at the top of the lineup.

"I'd like to thank the club for such a big contract, and I want to also thank the front office and the coaching staff for drafting me and giving me the opportunity to play right away," Lee said in a statement released by the Heroes. "During my first season, I learned that professional baseball is just a different animal (than high school ball). I still have a lot of room for improvement, but I was able to build some confidence this year."

Lee said he's spent most of the offseason in the weight room, hoping to build some strength and start hitting for more power next year.

In the KBO, players sign new contracts year to year until they hit free agency -- after eight full seasons for players out of college and nine full seasons for those who joined the KBO out of high school.