SEOUL, Dec. 13 (Yonhap) -- The Supreme Court on Wednesday rejected an appeal from Paju Mayor Lee Jae-hong against his conviction over bribery, a decision that saw him stripped of his current position.

The top court upheld the three-year prison term and the 50 million-won fine (US$45,745) handed down on Lee for receiving bribes worth 45.36 million won via his wife from the head of a transportation company in the city of Paju, north of Seoul, in return for granting business favors.

Prosecutors have indicted Lee, 60, on suspicion of receiving bribes of cash and gifts, including US$10,000, a purse and gift certificates, from the 54-year-old businesswoman from July 2014 to February 2015.

In Wednesday's ruling, Lee was also slapped with an 8 million-won fine for receiving 9 million won in illegal political donations from a business executive in the 2014 March-December period.

The ruling also invalidated Lee's election to the position.

By law, heads of local governments are stripped of their positions and become ineligible to run for elected office for the next 10 years if they are convicted of a prison term of one year or longer.

If they are convicted of political funds or election law violations and receive a 1 million-won (US$885) fine or heavier sentences, their election to positions is made invalid.

Lee's wife, who transferred the bribes to him, was sentenced to one year in prison, suspended for three years. 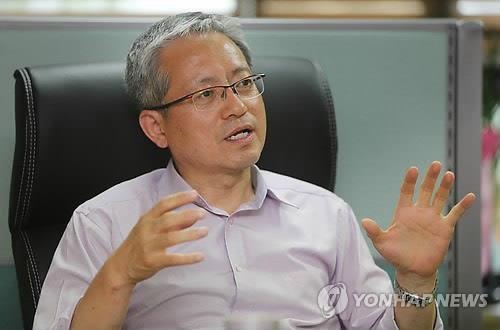 Paju mayor sentenced to 3 yrs in prison for bribery, stripped of position

Paju mayor sentenced to 3 yrs in prison for bribery, stripped of position