SEOUL, Dec. 13 (Yonhap) -- The minimum living expenses for retired elderly people was tallied at 1.77 million won (US$1,600) per month for each household, a survey showed Wednesday.

The optimum monthly cost of living for retirees, however, is 2.51 million won per household, according to KB Financial Group's recent survey of 2,000 people aged between 20 and 74.

Only 27 percent of those surveyed said they are prepared for their minimum living expenses after retirement.

Less than half of those in their 50s said they have yet to set aside money for their minimum living costs after retirement.

Most of the people surveyed said they wanted to retire at 65, but many of them said they would have to continue to work up until the age of 75.

At 35.1 percent, health was judged to be the most important factor in living a happy life after retirement, followed by money at 30.4 percent, relationships at 12.5 percent, and social and leisure activities at 11 percent each.

Those surveyed said they paid 4.8 percent of their income into a variety of pensions during the past year.

About 18.1 percent said they have inherited some assets from their parents.

The average inheritance size was 160 million won, and real estate accounted for 66.9 percent of the total inheritance. 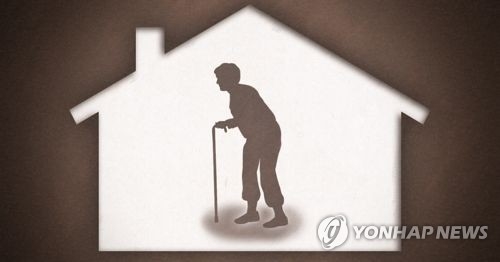