SEOUL, Dec. 13 (Yonhap) -- The remains of 499 South Korean troops killed in action were laid in state Wednesday at a government-hosted ceremony, a demonstration of the nation's resolve to honor their sacrifice during the 1950-53 Korean War.

Prime Minister Lee Nak-yon attended the event at the Seoul National Cemetery, along with hundreds of dignitaries and bereaved families. It was supported by the Agency of Killed In Action Recovery & Identification at the Ministry of National Defense.

The remains were found between March and November at 84 former battlefields across the country, according to the team.

A total of 9,957 sets of remains, identified as those of South Korean soldiers killed in the war, have been discovered. 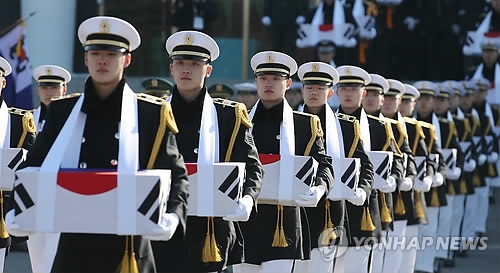