SEOUL, Dec. 13 (Yonhap) -- The stakes couldn't be higher for the two Koreas in director Yang Woo-seok's action thriller "Steel Rain," which imagines them on a collision course to nuclear war following a military coup in the North -- a harrowing scenario that eerily mirrors recent geopolitics surrounding the Korean Peninsula.

The film also examines the reluctant partnership between a North Korean agent, played by Jung Woo-sung, and Kwak Do-won's senior South Korean national security official (their characters share the same given name -- Cheol-woo). This relationship transforms into an earnest friendship as the two join forces to prevent all-out nuclear war.

The plot begins with Um Cheol-woo, Jung's character, coming out of retirement and taking on a covert mission to eliminate North Korean military leaders plotting a coup. Early on, an attempt to assassinate the North's "No. 1" takes place using a hacked U.S. multiple launch rocket system, the so-called "Steel Rain," that is deployed in South Korea while the North's leader visits a city on the border with the South. 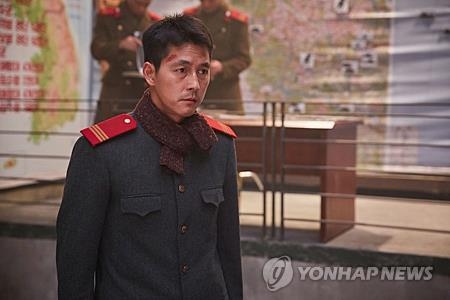 Um rescues No. 1, who is critically wounded but still alive, and flees across the border, where he eventually encounters Kwak Cheol-woo, the South Korean president's top national security aide. Though initially skeptical, Um accepts Kwak's help and the South Korean government's offer to save No. 1's life.

All this occurs during a power transition in the South. The outgoing hawkish conservative president wants a U.S. preemptive strike on North Korea during his lame duck period, but he is being replaced by a newly-elected leader who is conciliatory and sympathetic to Pyongyang.

The plot of "Steel Rain" is as complex as it is ambitious. It's heavy handed and involves layers of back-channel diplomacy that has a lot of moving parts that audiences must fully grasp to appreciate the film. Also, throughout the story, the leaders of both Koreas make some questionable decisions, driven by motives that are initially not very clear.

But it wouldn't be fair to describe these as shortcomings. Yang, who also wrote the script, has attempted to work into his story the nuances of real world geopolitics centered on Pyongyang's weapons of mass destruction. News junkies who follow North Korean affairs will appreciate the script, as it reflects the power dynamics between South Korea, the U.S., China and Japan over their security conundrum. 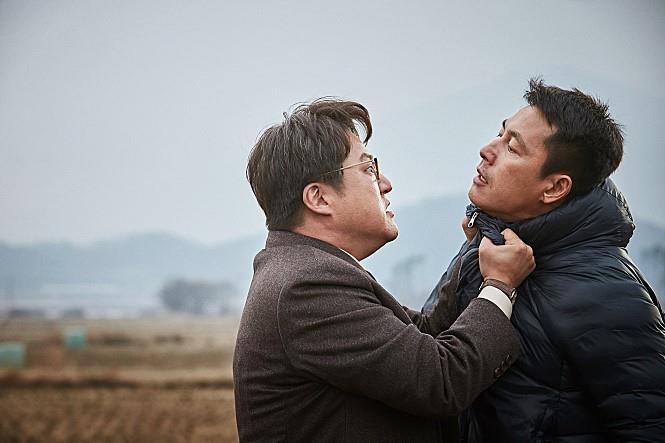 Politics aside, "Steel Rain" doesn't forget that it's a blockbuster, and Yang, who directed 2014's mega hit courtroom drama "The Attorney," has struck a home run with his first big budget action project. The movie progresses speedily during its 140 minute running time, too.

The action is shot intricately, with tightly filmed close-quarter combat and chase sequences calling to mind the "Jason Bourne" series. Supporting actor Cho Woo-jin delivers a freakishly talented performance as the hell-bent leader of the North Korean commando unit that infiltrates the South, while CGI is kept to a minimum but is effective when used.

"Steel Rain" is a buddy film as much as it is an action flick, and the two leads do a good job in fleshing out their roles as three dimensional and emphatic characters. Jung's stunt performances, while powerful, also convey a sense of fragility that befits a character who is literally and figuratively lost in the middle of hostile ground. The delivery of his North Korean dialect, however, is sometimes difficult to make out. 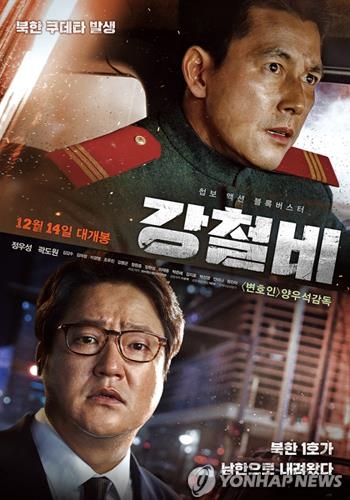 Kwak, probably most known overseas for his performance in 2016's horror thriller "The Wailing," plays an unassuming and streetwise security analyst and presidential aide who gathers intelligence on the volatile situation from U.S. and Chinese spies. During scenes with Jung, he takes on the "hyung," or older brother, role, assisting and taking care of his North Korean partner, even giving him a taste of capitalism through K-pop music.

Without revealing too much, "Steel Rain" uses some wildly imaginative, albeit a highly unlikely, solutions in solving the nuclear stalemate and achieving peace between the Koreas. Yang said during a recent press conference that "we can find a solution when we look more cool-headedly at the relations (between our two countries) while imagining the worst-case scenario. I thought my film would be of help in that sense."