SEOUL, Dec. 13 (Yonhap) -- North Korea's recent conference on the defense industry offered a rare glimpse into a fresh lineup of leaders of its military development programs.

North Korea reported it wrapped up the two-day Conference of Munitions Industry on Tuesday, an event that reviewed its defense industry achievement, including the launch of the Hwasong-15 intercontinental ballistic missile on Nov. 29.

Top on the list was Thae Jong-su, who was appointed vice chairman of the Central Committee of the ruling Workers' Party of Korea in October. His role has not been clearly understood.

On the first day of the conference, Thae was the first to be named among the ranking officials besides Kim. He reported to Kim on behalf of the defense industry.

Previously Ri Man-gon served as the director at the ruling Workers' Party of Korea's munitions industry department, but he is believed to have been sacked after being absent from a key party event in October.

Thae is thought to have also taken over Ri's seat as the party's vice chairman for defense manufacturing affairs.

Thae was previously a manager of a munitions factory in Chagang Province and, during Kim Jong-un's leadership, he has been a party secretary for South Hamgyong Province, a northeastern region that houses the country's industrial cluster. 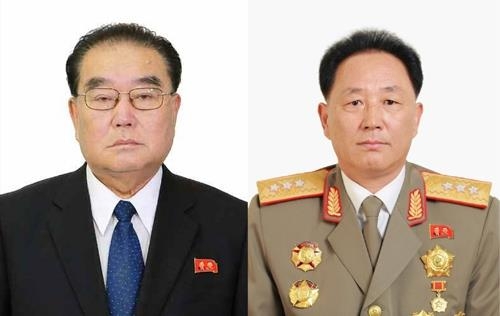 Meanwhile, the presence of No Kwang-chol, who was named second, confirmed the South Korean government's intelligence. No was among the 12 North Koreans on South Korea's new sanctions list, which was announced earlier in the month. He was referred to as the chairman of the second economic committee, which is in charge of funding and resourcing the country's arsenal.

He was previously a vice minister at the North Korean defense ministry, the Ministry of the People's Armed Forces.

The recent conference also indicated the rapid promotion of Jang Chang-ha and Jon Il-ho, the remaining two of the four ranking officials at the conference, as they were seen to be closely communicating with Kim. They were in charge of commanding the recent ICBM launch on Nov. 29, after which North Korea claimed to have completed its state nuclear force. 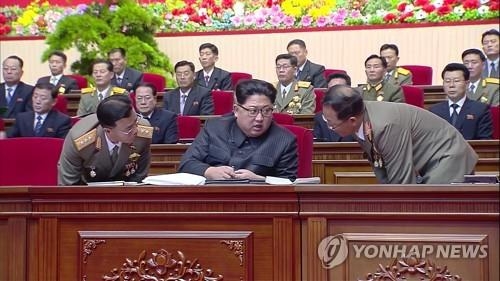