SEOUL, Dec. 13 (Yonhap) -- The Supreme Court ruled Wednesday that a former four-star Army general, known for bullying soldiers assigned to his residence, should be tried in a civilian court because he is considered to have been discharged from the military after he was transfered to a temporary position.

Park Chan-ju, who served as commander of the Army Second Operations Command, has been on trial in a military court on charges of receiving services worth 7.6 million won (US$6,700) in 2014, including hotels and meals, from a local steel scrap businessman, allegedly in return for favors related to military projects.

But Park is better known for bullying soldiers assigned to housekeeping duties at his official residence. Revelations of his abusive acts sparked public outrage, leading to his removal from a command position and transfer to a temporary training position.

Park has since been arrested on bribery charges.

On Wednesday, the Supreme Court ruled that Park should be tried in a civilian court because he is considered to have been discharged from the military when he was transfered to a temporary position that is not defined in the law.

Military personnel law states that general-level officers should be placed in positions specified by law and, otherwise, they are automatically discharged. That means that Park's transfer to the temporary training position amounts to an automatic discharge.

According to the ruling, Park will be transfered from military to civilian custody.

Civilian prosecutors will take over the case from military prosecutors, paving the way for a possible reinvestigation into his abuse of soldiers.

While indicting Park for bribery, military prosecutors pressed no charges against Park with regard to his alleged bullying, saying it's not a matter of legal punishment. 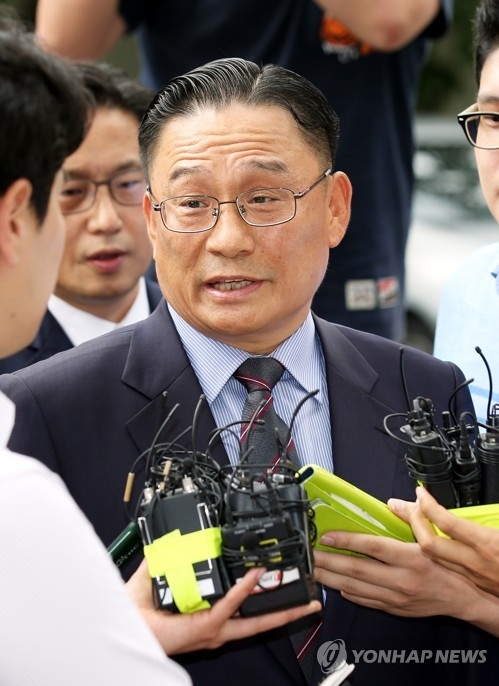 Ex-Army general to be tried in civilian court

Ex-Army general to be tried in civilian court