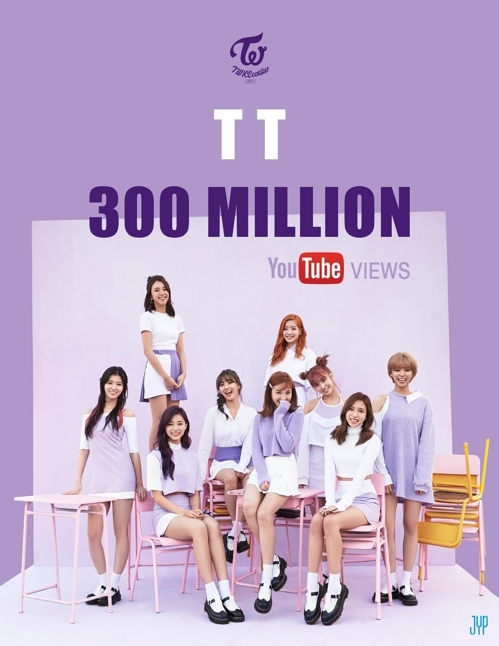 SEOUL, Dec. 22 (Yonhap) -- The video for TWICE's 2016 single "TT" surpassed 300 million views on YouTube on Friday, making it the first K-pop girl group with a video that hit the milestone.

The record was set one year and two months after the video was uploaded on the global video-sharing platform on Oct. 24, 2016, and about seven months after it passed the 200 million mark, according to its management agency JYP Entertainment.

The video for "Heart Shaker," released earlier this month, is soon expected to pass the 100 million mark.